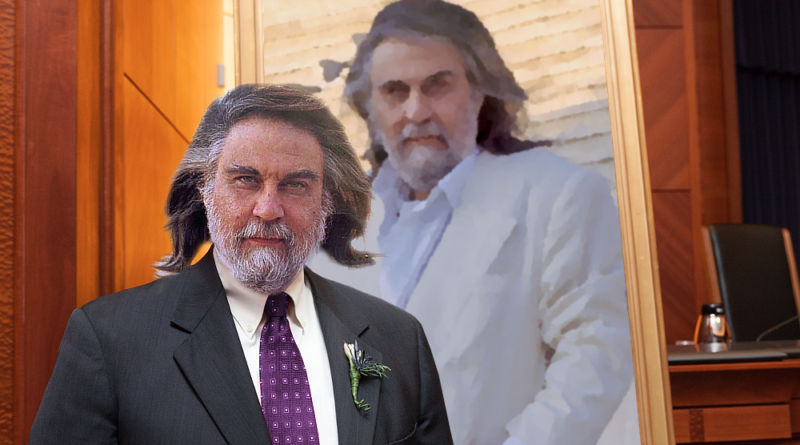 Byzantium. A ceremony was held in Parliament on Monday 14 to unveil the official portrait of Prime Minister Evangelos Dimitriou.

Hosted by Speaker Anna Polydoras, the ceremony was a remembrance of the Prime Minister’s career, from his service in the Selenid Army until his term as Interior Minister. “Both in the front and at home, the Prime Minister has shown that his love of country was second to none, and in all his dealings, he has led a life of example and dignity” said the Speaker.

In attendance were also His Majesty Emperor Justinian and former Prime Minister Xanthopoulos, the immediate predecessor of Mr Dimitriou. The Emperor also delivered a short speech, similarly praising the life and work of the Prime Minister, and wishing him the best in his nascent government.

The Prime Minister thanked the Emperor and the Speaker for their remarks, and after joking that he was missing his trademark glass of tonic water, adopted a more serious tone to issue a promise that he would work hard earn the honour that was being bestowed upon him, and that he hoped that, long after his retirement, his premiership would be remembered as compassionate, capable and transformative.