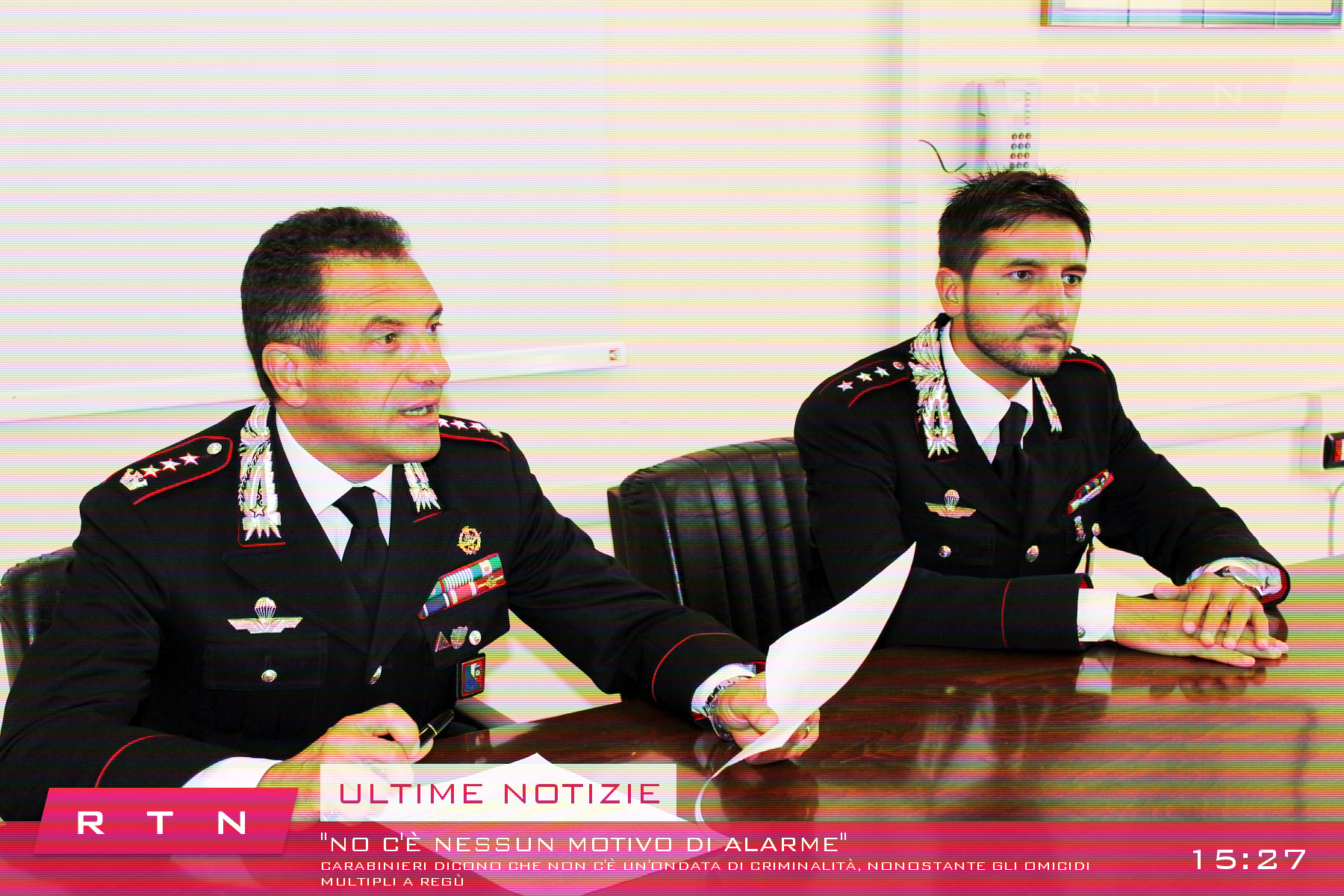 Regù. Concern is growing in the Commonwealth of Tavoletro over the increasing number of murders taking place in the capital city of Regù.

Often hailed as one of the safest city in Sartoria, Regù is now suffering what many call a serious crime wave, which seemingly started with the murder of a middle-aged man, whose body was found at the centre of the Piazza Pietro Guidale on December 23.

In response to concerns from the population, the Carabinieri held a press conference yesterday afternoon, stating there there is no crime wave and that their involvement should not be taken as cause for concern.

A spokesman from the Associazione per la Trasparenza responded saying that any reasonable observer can conclude that there is indeed a crime wave and that they encourage all Regulani to sign an online petition to ask the Governor to reveal the real state of crime in Regù.

Who are the Finestreri and the Carabinieri?

In Sartoria the functions of law enforcement are often the product of historical evolution and tradition, particularly with regards to the division of responsibilities. Each realm has its own law enforcement agencies, many existing since before L’Unificazione.

In Tavoletro, the main such agency is the Corpo di Finestreri. Established in 1873, it gained its name because its original duty was to guard the outside of the Casa del Governatore, which was then covered in windows. Since window in Sartorian is finestra, the Finestreri were deemed the guards of the windows. In time their duties evolved to law enforcement in Tavoletro, which they handle to this day.